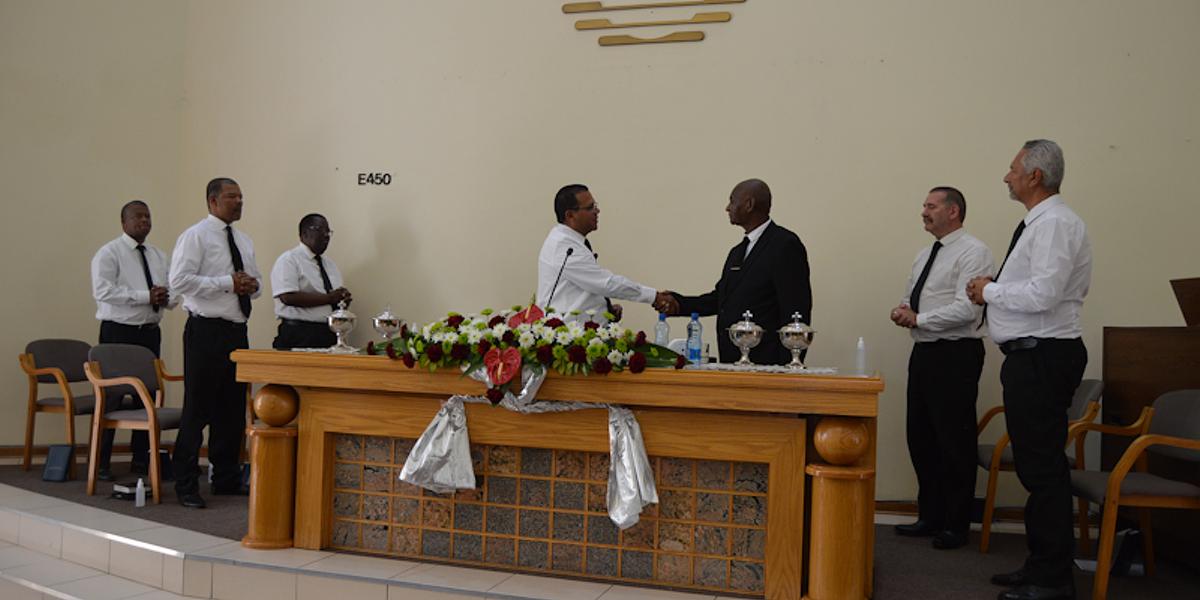 We need to keep Jesus close to us

On Sunday 18 September 2022, Apostle Abrey Page conducted a divine service in Eersterust North for the Pretoria East district. He was accompanied by Bishop Daniel Mdhluli and most of the District Rectors and District Rector Helpers from the Gauteng-Limpopo Apostle area.

As basis for the divine service, the Apostle used a Bible word from John 20:13. The message was “We need to keep Jesus close to us”.

Priest Lester and Sister Celeste Ryan from East Lynne congregation also received their silver wedding anniversary blessing during the divine service. Much joy and blessing were experienced by all the members who were treated to a special rendition of “In God is our Trust” as a fitting conclusion to a blessed divine service. 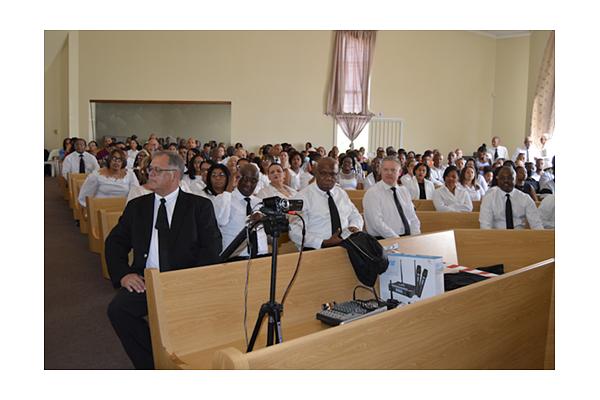 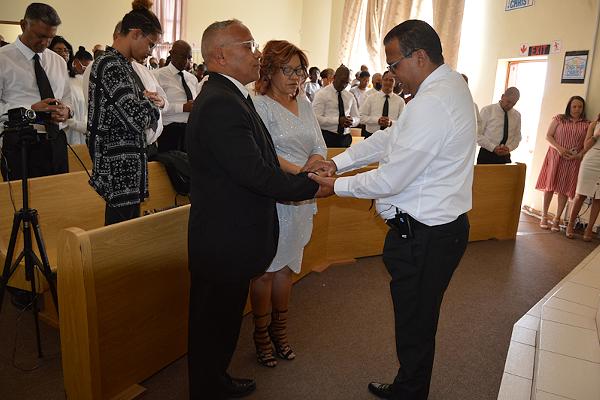 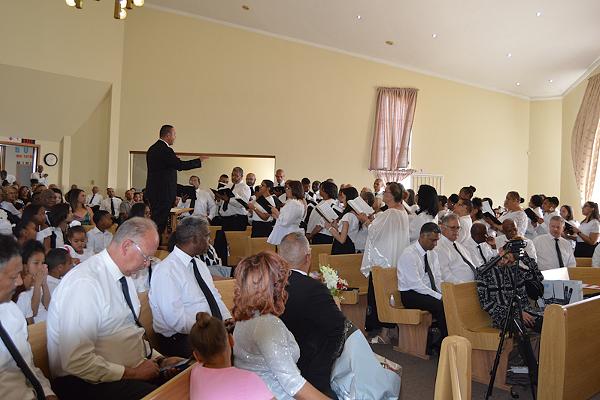 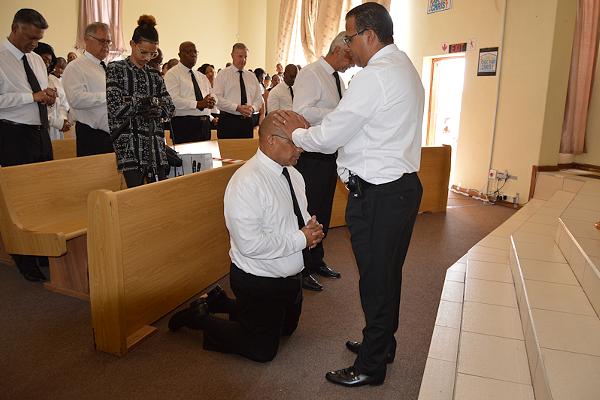 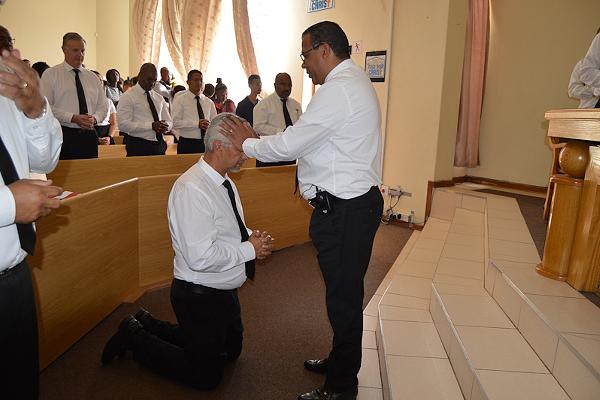