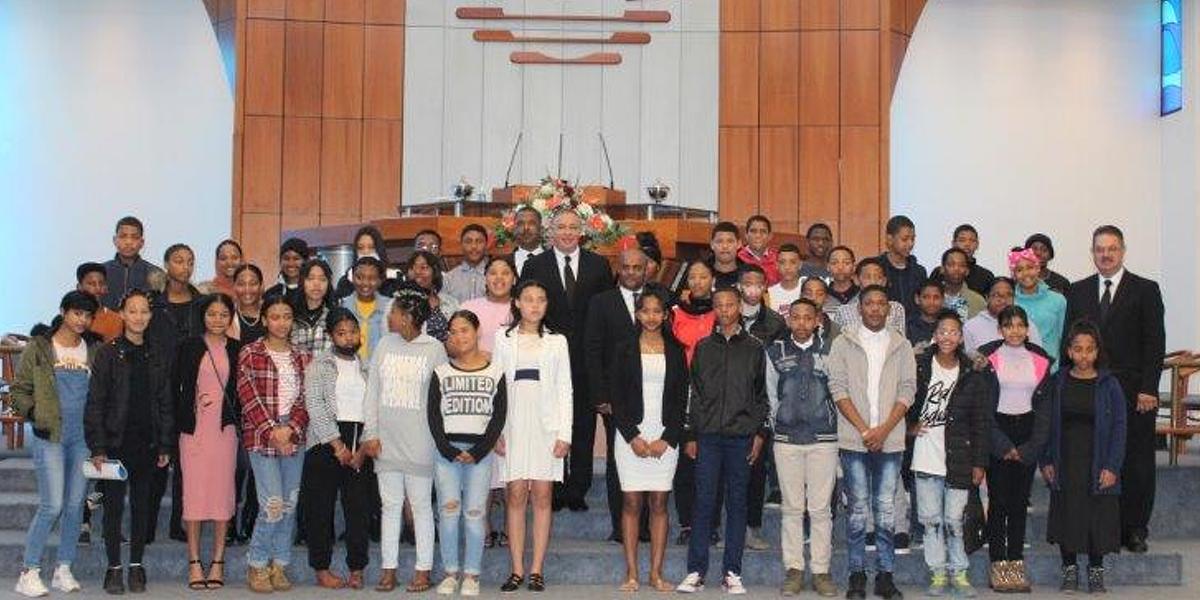 The God of peace wants to make us holy

The District Rector, Priest Godwin Jacobs, was also called to serve. During the divine service, 40 souls received the gift of the Holy Spirit through the act of Holy Sealing.

Thereafter, Community Evangelist Jeremiah Harris was appointed and mandated to be the new Rector of Tafelsig congregation. The Apostle wished him well in his new mandate. 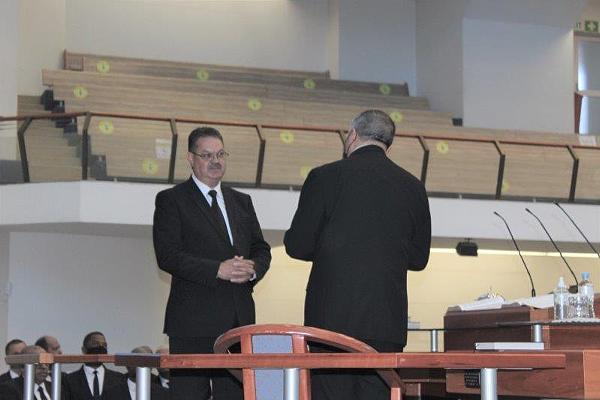 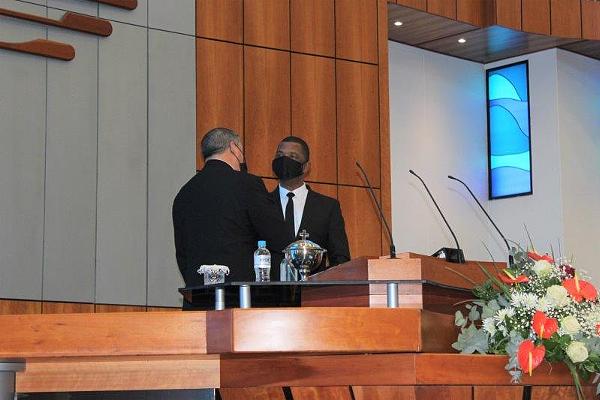 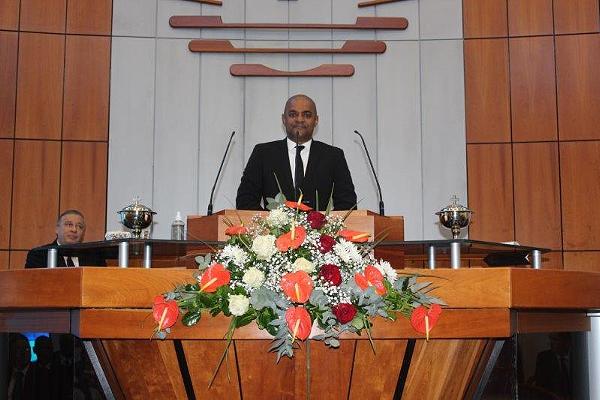